History of the ISTC 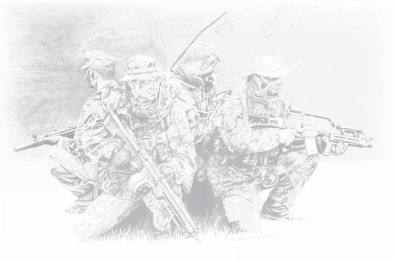 The International Special Training Centre (ISTC)—in one form or another—has been training Special Operations Forces (SOF) since 1979.  Over its four decades in existence, ISTC has continuously evolved to incorporate the ever-changing nature of special operations to maintain relevance and to provide value to the SOF community.

As a small footprint organization with outsized impacts, ISTC accomplishes its mission with an international staff of fifty one (51) personnel.  In its present form, ISTC membership is composed of personnel from Germany, the United States, Italy, Greece, Belgium, The Netherlands, Norway, Turkey, and Romania—all who continue to represent the legacy, success, and spirt of international cooperation by building the same international bonds which underpinned the birth and history of the organization.

Ultimately, ISTC takes its guidance and direction from the ISTC Working Group (composed of member nation senior representatives) while simultaneously aligning our education and training standards with the requirements and standards of the NATO Special Operations Discipline.

In recognition of ISTC’s alignment with NATO quality standards, ISTC was evaluated and is certified with unconditional institutional accreditation by NATO.  Under this framework, the ISTC provides high quality specialized tactical training for Special Operations Forces (SOF) and similar units in order to increase capability, capacity, and interoperability among the nine signatory nations—as well as other NATO Allies and Partners.

In 1974, at a EURO-NATO Army Sub-Group Conference, it was suggested to centralize the training of LRRP units and Special Operation Forces in a joint training facility.  In 1976, Germany proposed the establishment of a multinational LRRP School to work toward standardization of LRRP equipment, save training funds, and improve LRRP procedures and effectiveness.  In 1977, Belgium, Germany, The Netherlands, and the United Kingdom sent officers and NCO’s to Neuhausen Ob Eck, as a joint planning staﬀ to define the future establishment of a multinational center.

Based on the data points gained during the pilot course, a LRRP Evaluation Conference was then conducted from 11 – 15 July 1977, in Germany, and a revised program of instruction was recommended.  Further pilot courses were conducted at Neuhausen Ob Eck during 1978 to maintain the momentum of the project; with LTC Bodo Haenseler assuming the leadership role of the nascent organization on 14 November 1978.  LTC Haenseler was the former commander of the Fernspähkompanie in Braunschweig from 1970 to 1973.  In these early years, the school experienced a series of short-lived name changes such as the Euro Patrol School and the Euro LRRP School.

In the spring of 1979, the Fernspähausbildungzentrum 900 officially became the framework for the ILRRPS; which was composed of an International Wing and a German National Wing, both under a German commandant and headquarters staff.  ILLRPS was official inaugurated on 7 July 1979 at a ceremony below the Wildenstein Castle in the Danube valley attended by the Director of German combat forces, General Major Heyd.  LTC Haenseler also became the ﬁrst commandant over both wings as the ILRRPS Commandant.  All preparations for the establishment of the ILRRPS’s International Wing (I-Wing—the direct predecessor to ISTC) took place at Neuhausen ob Eck Air Base.

The first Commander of I-Wing was LTC Peter Walters (British SAS), from 1979 – 1981.  At its inception, the United Kingdom provided the Commander and Command Sergeant Major positions for I-Wing.

Expanding Partnerships 1980 – 1996
At the beginning of 1980, the ILRRPS moved from Neuhausen ob Eck Air Base to Weingarten, Germany, where Welfenkaserne (recently returned to German control by the French Army) offered more favorable facilities.

In 1980, Belgium, Germany, and the United Kingdom also signed the first formal Memorandum of Understanding (MOU)—the school’s charter.  Over the next fifteen years, six more nations signed the MOU; including Greece, the United States, Norway, Italy, The Netherlands, and Denmark.

In 1987, the school held a formal ceremony commemorating U.S. membership and participation of the 7th U.S. Army Training Command (headquartered in Grafenwoehr, Germany). 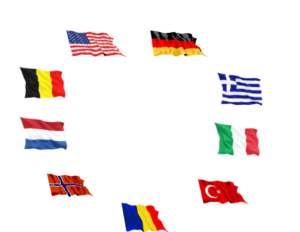 A Move into the Future 1997 – Present
In August of 1997, the school moved from Weingarten to General-Oberst-von-Fritsch-Kaserne (now Staufer Kaserne) in Pfullendorf, Germany.

In 1999, Turkey signed on to the MOU, becoming the 10th member nation.

In 2000, the United Kingdom withdrew from the MOU, and the United States took over the responsibility to provide the Commander and Command Sergeant Major positions.

With the signing of this new MOU, ILRRPS was reduced in size to just the International Wing of ILRRPS and renamed the International Special Training Centre (ISTC)—using the British spelling of centre—while the German national wing and headquarters element of ILRRPS, became the building blocks for the Bundeswehr’s new Special Operations Training Center (SOTC).  The SOTC became fully operational in 2003 and remains on Staufer Kaserne in Pfullendorf.  In the same year (2001), the ISTC commander became a U.S. Army Special Forces Battalion Command select position, which it remains to this day (along with the Command Sergeant Major position).

In May of 2014, General-Oberst-von-Fritsch-Kaserne changed its name to Staufer Kaserne.

In 2017 Denmark withdrew from the MOU and Romania joined ISTC on 15 May 2017.  Also in 2017, NATO certified ISTC with Unconditional Institutional Accreditation.